Back to Work on Off the Wall Friday 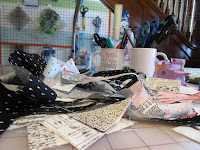 Yes!  I finally did it!  Got into my studio to finish up the piecing of Rain, Rain.  It's funny, once I was motivated it just took a good afternoon to put the finishing touches on the composition.  I swear, this quick little project has gotten so out of hand! The more I worked on it, the more I wanted to work on it.  Next thing you know it looked like this.... 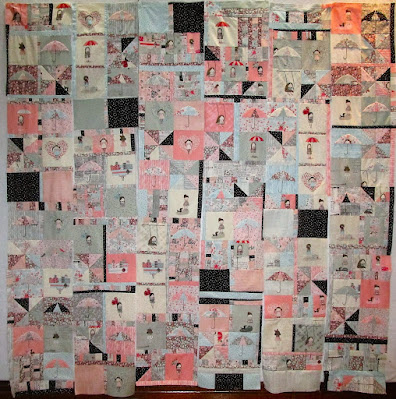 I'm not doing any borders because I personally hate borders (grin).

The only thing left to do is sew up the columns and layer the top for my quilting frame.  After watching a big stitch quilting tutorial by Susan Fielke on The Quilting Show, I'm all excited to try it.  I love hand quilting and it will be a new challenge to try it with a crew needle and perle cotton.  Finally, a reason to use up the Valdani balls I've been hoarding for years!  I promise myself that it would be on the frame by the end of January and my studio would finally be free of pink and grey little girl scraps! 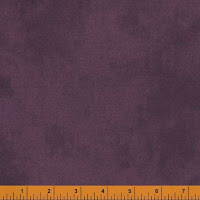 Also completed this week...I finalized a palette for my BOM Homeward Bound.  I just want to say coming up with a unique palette for a quilt that thousands of people are making isn't the easiest thing.  Not to mention, it's a true commitment since I was watching a few videos on this thing and it's not a walk in the park.  But..really.. what is these days?!  I decided to do it with a background in Windham's Palette in Eggplant and combine it with colors of Gold, Copper, and Teal.  To give you an idea of what that will look like .... 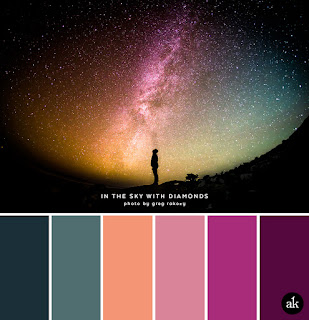 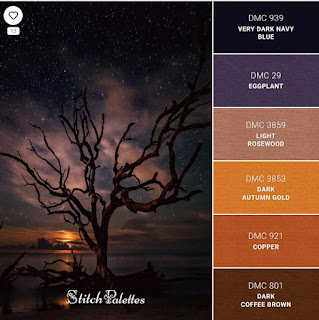 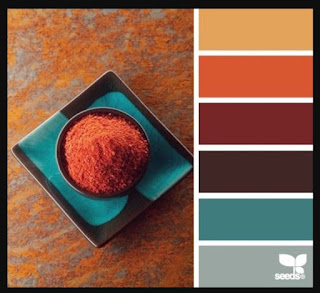 Or at least that's the plan!  It will be interesting where it ends up!

Are there any Wordle players out there?  I'll admit it's my favorite way to start the day!  This week though I added to my morning routine the game, Artle. The puzzle is hosted by the National Gallery of Art in Washington DC.  You get 4 tries to guess the artist's name.  Each wrong guess will bring up another piece from that artist.  They will use work from their collection as well as other big-name museums.

The way I play is that I look at the piece, try to figure out the period and style, and use google to give an educated guess.  I learn a ton by googling but I DON'T use reverse image because...well...what's the point.  I got 4 out of 5 days right missing a photographer.  It's a lot of fun and I'm actually surprised at how much I've learned over the years.

Also, due to changes in the link-up host, I updated the Sewing Places, Creative Spaces Link Up...Remember anybody who wants to do a blog post (present or past) can link up the space!
We're coming up on its 10-year anniversary which is kind of crazy!   I'll try to keep the link up perpetually open.  I urge you to take a look since there are some good spaces in there!

What Have You Been Up to Creatively?

I love, love your rain rain quilt, so fun and happy! Cool colored choices for the BOM btw, I'm impressed with your commitment!