Sewing Sprints on Off the Wall Friday 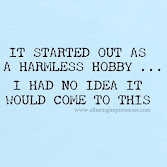 My family is a family of creative makers.  When Paul and I were just dating, we both started new
hobbies.  He bought a woodworking Shopsmith on a whim at a mall demonstration and I got a quilting book by mistake in the mail.  28 years later, we are both consumed by our passion for wood and fabric and our marriage is as strong as ever.

Five years in, along came Tessa.  Now I diligently exposed her to all sorts of media as she grew up, hoping 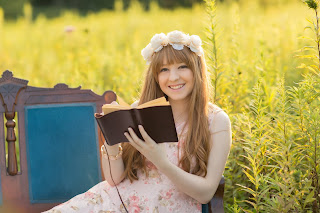 to spark her "passion".   She played with them  - explored them - enjoyed them, but nothing captured her attention like my Dell desktop computer.  I should have known she was going to be a writer, when she at the age of 7 spent her summer vacation working on a whole webpage in Ode to the Color Pink.  She spent hours working on the design and learning new vocabulary to show off her passion for pink.  Like her parents, 16 years later it pretty much has gone from there.  Her day job is she's a manager in the university library, but her  passion is writing. 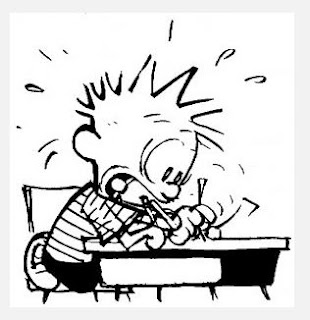 Now I bet you're wondering at this point...Nina why are you bringing this all up?  Wellllllllll.....like every good artist......I stole an idea from my daughter and I thought I would share it.  Apparently, writers do what they call Writing Sprints.  What's a Writing Sprint?  It's a timed session of 15-60 min where a writer will try to achieve as many words written as possible. Not only does this maximize their writing time, but it will help overcome writer's block and shut down the inner critic. Tessa and her internet writing friends take this concept a step farther and do writing sprints together.  They'll take breaks in between to socialize and share what they've written, but in the end  they hold each other accountable to the timed sessions.  Great idea huh?! 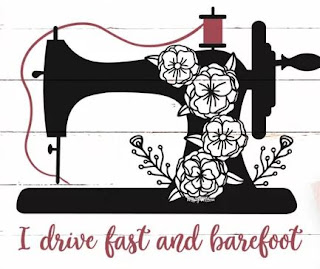 What happened if WE as quilters did this?  I don't know about you but I tend to spend a lot of wasted time hmmmmmming and hawwwwwwwing over design decisions.  Or I'll avoid a particularly boring section of the project or I'll check my messages just as I start to sew.  All of this is counter productive and a big time waste.  With Sewing Sprints, it would give you the discipline to get things done.

I was also thinkinggggggggg.....that if there is enough interest I could set up a chatroom where we can
meet at set times to try to get some "sprinting" done together.  Now this might be trickier than it looks since we are all in different time zones....shrug....but it only takes two to sprint.  If you are interested in this idea, please email me at ninamariesayre   at    gmail yadayadayada or leave a comment.

Also, I want to point out that you can also do this with your non-sewing friends.  Any maker who has to get something done can do this with you - no matter what the medium.  Now that big girl Tessa has finally moved out, this gives us a reason to get together to do sprints in person or facetiming.

Let me know what you think?

Miss Tessa also recently gave me a recommendation which has truly become part of my bedtime ritual. ..The youtube channel Baumgartner Restoration.  In the vein of Bob Ross, watching Julian Baumgartner restore paintings is truly fascinating and relaxing.  There is something very satisfying seeing painting brought back to life.  I can highly recommend it! 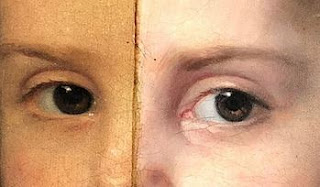 (Also, don't think the irony of me writing a blog post on how to be more productive with your sewing time and then turn around suggest you watch a new Youtube channel has been lost on me.  Shrug....what can I say...productivity...it's a process....grin)

So that's me this week - Sprints and Restorations....

What Have Been Up to Creatively?

It might also help if you set yourself a timer of 10-30 minutes. Then see how much you can get done in that time, cause that's all you have. Worth a try!

Sprint sewing sounds like a great idea! I do the same with house cleaning (which I hate). It's amazing what can get cleaned in just 15 minutes!

Hi Nina, quite a few quilters are doing things like "15 minutes to stitch". I've been working on hand-stitching every day with my latest #100dayschallenge on Instragram. Good luck!

Great idea. But as an introvert prone to Zoom fatigue...well...you can just imagine me 'sprinting'. I'll be doing so...quietly, in my studio...supervised by my cat. Carry me in your thoughts, and I'll be there...just not in person!