Are Quilts Art???? on Off the Wall Friday 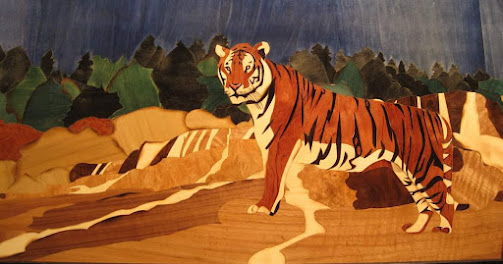 So this week I got my feelings hurt.  My husband and I heard of a local art show for artists over 55.  Since this year I have officially aged gracefully into that criteria, Paul brought in two of his woodworking pieces and two of my art quilts.  He chose a chest with a marquetry tiger on it as well as this nice concrete/wood table.  (Both of which were just taking up space here!) .  I sent the Lilies and Clapboards and Birdhouses quilts.  He came home with my two wall hangings.  Apparently, my work is not considered art.  It's a craft.  He explained to them that it is original designs but that did not matter.  What's funny is that his work instantly sold.  Paul was even asked to make another table to match the 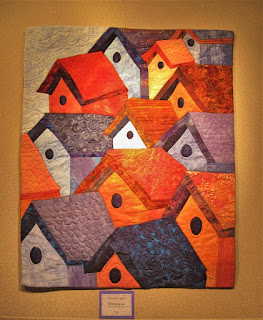 first.  Yes, you heard that right.  His table was considered art so much that they want him to produce another one just like it again. OMG!

Now  you'd think that at 55 and being a quilter for 30 years, I would be over people having this prejudice against our art.  Apparently not, since it's been 48 hours and I'm still pissed.  I think the problem lies in the ignorance of some in the art community.  They hear quilt,  they think of  100's of years of a traditional female dominated craft.  They think home, warmth, and security.  All of which are true.

But, as most of you out there know, it is so much more.  In fact, when I started this blog, the title of it came directly from this debate.  It's Art, it's craft...it's whatever.  I do what I do.  I did not want to get hung up on the idea of labeling what I did.  Now, once again someone else has done it for me.  Idiot. 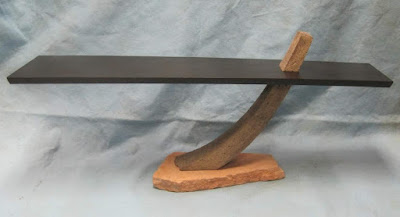 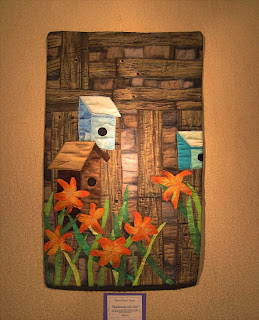 This is a good reminder that there are still idiots out there and you can't let them dictate your art.  I mean really they aren't putting this art show on for nothing.  They put it on to sell the art work and get commissions on it.  Not to mention bring exposure to their gallery space.  It's totally their loss if they
are rejecting a whole medium and potential income due to their ignorance.

So now I know exactly how Andy Warhol felt when people told him his work wasn't art.  Hmmmm that didn't stop him and he seemed to have landed on his feet.

And this one man's ignorance is not going to stop me either.

There I feel better...grin.  Rant over! 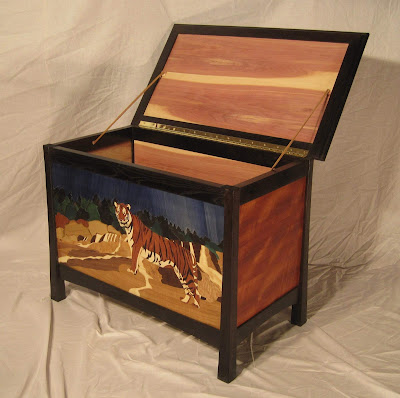 I am ASTOUNDED! Yes, you have a right to be pissed! How insulting and ignorant! I giggled over "these pieces were just taking up space here". Paul's work is fabulous and unique in its own right. But to send. your. work. home???? Are you kidding me? I'm ranting with ya. I have NEVER heard of that happening. Poor Paul, to have to bear that news. You have much in common with Andy.

Ranting with Jenny. Just when I think SAQA is making progress with our vision, to have art quilts seen globally as fine art medium, I read this. Steam is rising from my ears in consternation.

While your husband's work is stunning I do not understand how his can be considered art and your beautiful pieces are not. I, too, would have been pissed.

Don't be deterred. You are making original art meant to be hung on the wall. The world just has to catch up.

Perhaps the snooty-patoots who decide what gets accepted into the art show need to broaden their knowledge and visit a few quilt shows, read up on art quilts and SAQA, etc. Seriously, if they think quilts aren't art - their knowledge base is very limited. This just makes me so angry.

I think some people still have the concept that quilts are only made by people who have nothing else to do and totally disregard the fact that some of us have devoted our lives to our fiber art.

I am sorry for your rejection. Your art is fabulous and thoughtful and does not deserve such treatment!

Omg, this just fries my biscuits!! It also happened to me at our county fair. I took several pieces of fine art calligraphy to enter and was rejected as them being "craft", with loads of disdain from the volunteer receiving the works. I was LIVID. Someone else came along and accepted one of my pieces which won the People's Choice award, and I received a call from the organizer profusely apologizing and urging me to enter again next year. These pieces are NOT certificates, damn their eyes!! It was nearly an hour's drive each way, which made me far less willing to risk it again, besides my fury at the crappy treatment - and I didn't. Cutting off my nose to spite my face? Probably.
Your art pieces are exquisite, as are your husband's woodworking (and at our fair, they also would've been deemed craft rather than art, the dolts). Big hug from a sister!

You have every right to be pissed! The person who rejected your art was ignorant and narrow minded, plain and simple. Don't let it get to you!

I'm sorry that happened to you. I think it happens to many of us sometime in our quilting journey. Best not to let the ignorant influence any area of our lives.

I think your quilts are wonderfully creative.