The Landscapes of Charles Burchfield on Off the Wall Friday 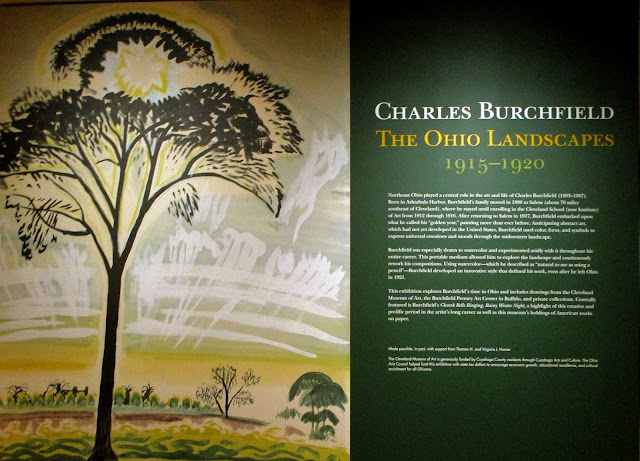 As always the Cleveland Museum of Art had many great exhibits at once.  Included in this visit was an excellent showing of the local painter Charles E. Burchfield(1893-1967).  The exhibit centered on his drawings from 1915-1920 which he described as his golden year since it was a flurry of creative energy.  He created more paintings in those years than ever before  starting with local landscapes and developing an abstract style that would define his work in the coming decades.


According to Burchfield's friend and colleague Edward Hopper,"The work of Charles Burchfield is most decidedly founded, not on art, but on life, and the life that he knows and loves best." That was definitely true of the exhibit.  It was so interesting to see the creative journey he took as he worked.

What I found the most interesting was the progression of the studies he did to create Church Bells Ring, Rainy Winter Night (1917).  Watch how he starts with a rather conventional idea and scene. 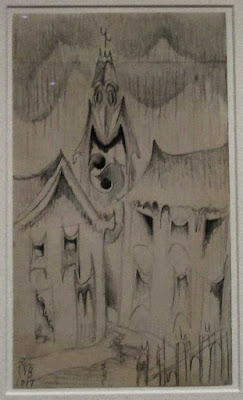 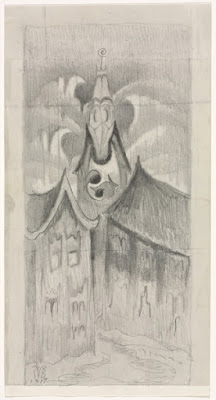 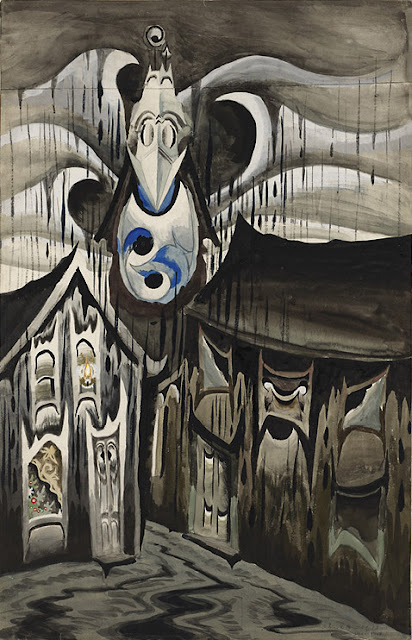 Now I know that a lot of people like to spontaneously create. Here though you can see the value with starting with a central idea and using miniature studies to let it evolve into something truly amazing.   I'm sure you can see the influences of Van Gogh in these but this type of abstraction would define his work from this period on.  I personally love it since its approachable but its still rather surreal.  SPOOKY but interesting and mysterious,.  It leaves you wondering  - OMGosh what went on there??

I really think its special when an exhibit can take you into the artist's creative process.  It inspires you to take home a bit of that process for your own work.