This week I came across something of interest on Facebook (Yeah, I know, it surprised me too).  Apparently, January 1 2019 was named  Public Domain Day.  Now I thought that, all works published before January 1, 1978, were entitled to copyright protection for 75 years; all author’s works published on or after that date were under copyright for the lifetime of the creator, plus 50 years.

But thanks to the lobbying of Disney in 1998 (who was trying to save its copyright of  Steamboat Willie) another 20 years was added to the 75 years (95 years for those of you that aren't good in math).  That resulted in a 20 year freeze on any works being released into public domain.


Glenn Fleishman said in his article, "The release is unprecedented, and its impact on culture and creativity could be huge. We have never seen such a mass entry into the public domain in the digital age."

Besides movies, music and literature, this also means a new batch of paintings!  Artwork by Matisse, M. C. Escher, Pablo Picasso, Wassily Kandinsky, Max Ernst, and Man Ray are included. Exciting!! So what does this mean to you?  It means you have a whole bunch of new art to be inspired by and reuse in any manner you  see fit!


RECOMMENDATIONS OF THE WEEK 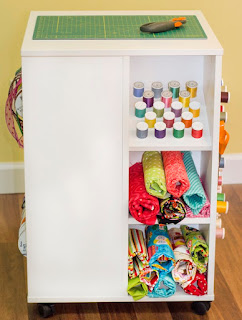 Since I was on vacation this week, I took some time to finally get to some of  the programs on "My List" on Netflix.  One that I can highly recommend is the BBC One show, Fake or Fortune.  I'm not quite sure what I expected from the show, but I know I didn't expect to learn so much about the art world and art history.  The series, between its dramatic music and suspenseful pauses, divulges a lot of information in a approachable,  everyday manner.  The quiet interesting (but not too interesting) manner of the show makes it a perfect program for just before bed.

Also, my husband did indeed bless me with an  Arrow Cabinets, Storage Cube .  I've been wanting
one for about 3 years and its everything I expected and more.  Its a hearty little piece of furniture that is just big enough to give some extra storage of things I use a lot but also a nice little table top that can be moved anywhere that I need it.  It has worked as a laptop desk, a useful table at my design wall and an extension of my quilting table. I can highly recommend it!

I have also been working on curve piecing with the Block of the month quilt.  I would love to show you what I got done but  it appears I have no idea how to piece a curve an accurate block since 14 out of 16 blocks came out too small.  So I'm in the long process of ripping them out and redoing them.  During this, it occurred to me why I didn't do that much traditional quilting anymore - grin!  But it feels very good to be back in my studio!

What Have You Been Up to Creatively?

Happy New Year Nina! I love that cube. Looks like it would be really useful. Never heard of Public Domain Day. Interesting. Thanks for your weekly linkups.

We are thoroughly enjoying Fake or Fortune...and learning so much! THanks for sharing and hosting and the very best to you in 2019!

I had not heard of the release of all this art into the public domain. That is huge - wonder what the impact will be. Thank you for making me aware of this! Happy New Year!

Hi Nina Marie, thanks for the news about the public domain, and the podcast recommendation. I admire your tenacity with your blocks...I would have just redid the three that weren't smaller and made the quilt smaller :-)

If you want to buy posters for childrens rooms in USA, then Yislamoo is one of the best options for you.