A Bit Tulle Much Skirt . . . Off the Wall Friday 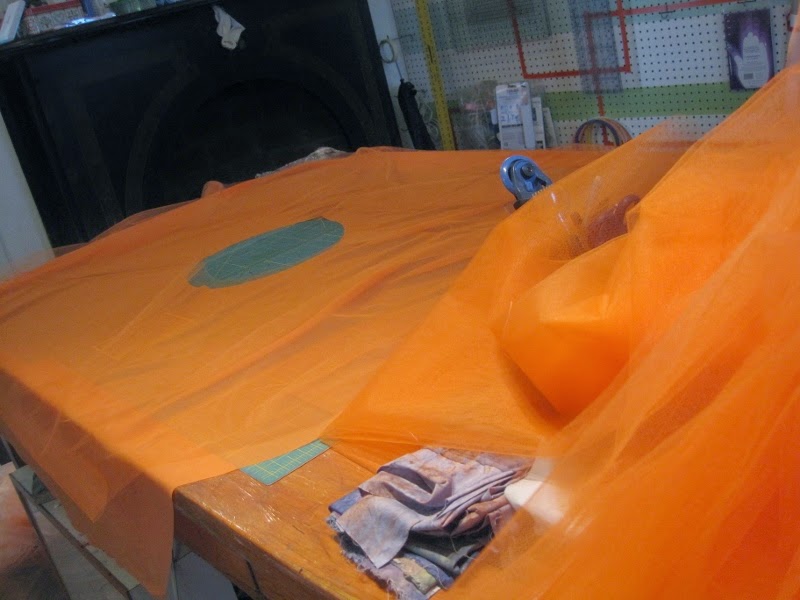 So when my 16 year old wanted a tulle skirt for her Spirit Days at school.  I sighed.  But Tessa is a good kid.  A really good kid and I mean that machine did cost me  thousands of dollars  you'd think it could sew garments right?  How hard could a little tulle skirt be? 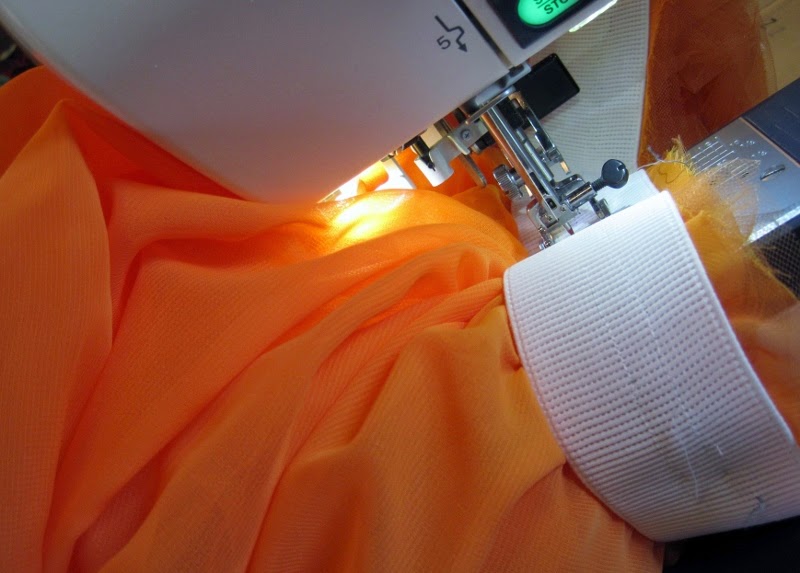 So off to Joann's I went.  Tulle was on sale so I bought a lot of it. . .20 yds a lot!  She wanted it puffy, so I figured  20 yds should do it...grin.  I had no clue of how a tulle skirt would go together, but luckily I found a good tutorial on Pinterest because you know they have a tutorial for 'bout everything on there.  Now the Tut called for a 7 layer tulle skirt but  why stop at 7 when you have enough tulle for 12??

So  I spent the morning cutting and sewing together 12 layers of tulle for  the skirt.  My studio was a huge puff of orange. . . ohhh didn't I tell you it had to be bright Orange. . . yes her juniors class theme was orange jellyfish.  So Tessa wants to go as an orange Jellyfish princess (of course she does). 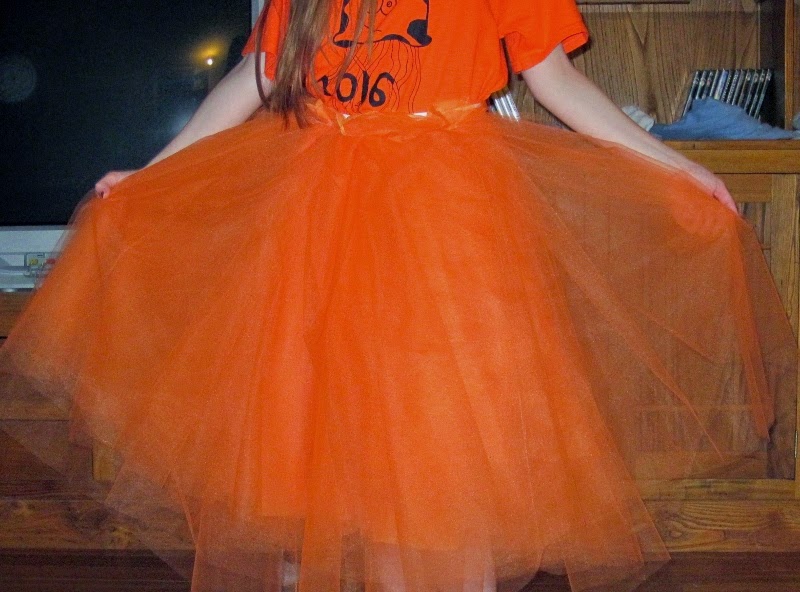 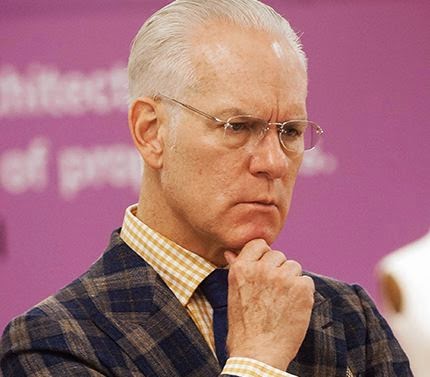 It came out okay - I didn't have much patience for the tulle so I just slapped it together since its was only a costume.  So Tim Gunn doesn't have anything to worry about me showing up to audition any time soon for Project Runway.

Still Tessa was happy . . . so that's all that mattered.


So what have you been up to creatively?

Labels: family, Off the Wall Fri

I know what you mean with people who wants you something to sew for you. But a princess dress for a daughter of granddaughter is different. I love your too much tulle dress!

I'm not big on that garment thing either, but I also make exceptions for my kids.And grandkid.

I got sucked into sewing a prom dress for my daughter (the one that didn't know how to sew). She went out and bought the fabric and a pattern before telling me about it. Never again! The tulle looks fun!

It turned out great Nina! Good job! What is worse is when you DO know how to make clothing but you don't ENJOY it and your family/friends know you know how so they keep asking you to make things. Ugh. :(

Loved the Tim Gunn reference.....what a great Mom you are!!

I really am ROFL! I was scrolling through thinking oh dear (cause I DO sew garments and knew what you were getting into) she's in deep! Then I hit the Tim Gunn pondering photo and just busted out laughing! It looks great-what a lovely thing to do for your daughter.

Such fun. I have not really sewn garments for a while, but I can do it. In fact that's where my sewing started. At least no one asks me to do it. One thing about clothing ...it takes a lot less time than making a quilt. That was the thing that amazed me about sewing things like a costume vs a quilt. Clothing is done in no time.

Your Tulle skirt is wonderfully - orange! But Happy Daughter = Big Success. And you are so right about just 'cause I can make a quilt doesn't mean I can make a dress.

Nina: I have seen every episode of Project Runway... 15 seasons I think! I get bored with the drama stuff, but I love that on every episode people make something from nothing - and they sew! And Tim Gunn is priceless. Make it work.

What a good mom you are! Orange tulle, hopefully you had some left over, could have possibilities?

Wowzer! Like you I only sew garments on duress or should that be stress. What fun to think back over my own garment exploits while loving you orange tulle puff ball of a skirt. You can't get more team spirit than that.

I always think of that saying, "The cobbler's children have no shoes" when it comes to projects for my kids. I'm more accommodating when it comes to my 8yo daughter----decent girls' clothes are hard to find once your past 6x.

What we don't do for our kids, eh? :-)
You sewed an orange memory; that's what you did!